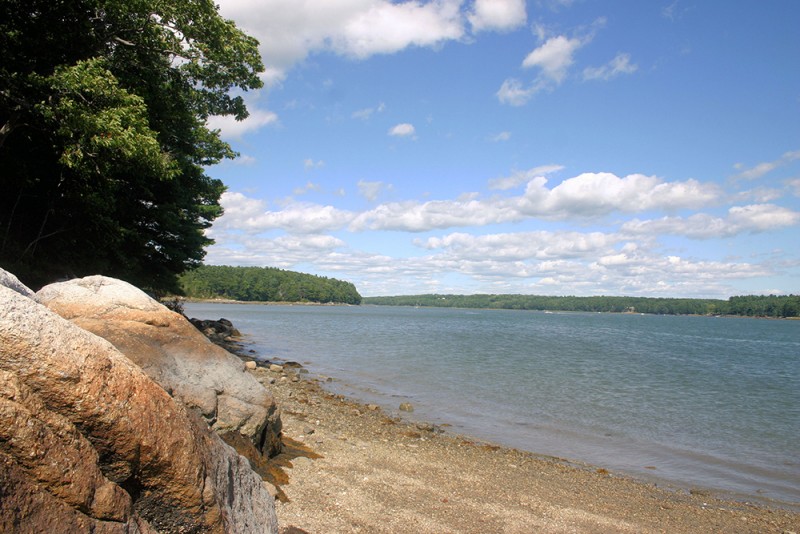 They’ve known about oysters for a long time in the Damariscotta region. A long, long time.

At the Whaleback Shell Midden State Historic Site, you can visit the once-vast heaps, or middens, of oyster shells dating back more than two thousand years. Maine’s native people, who left the middens, loved the Damariscotta River and nearby waters for its shellfish. Today, chefs and shellfish aficionados still love the region and can pick out which oyster comes from which water by its taste and texture.

Things to Do in the Damariscotta region

Since the region is central to Maine’s modern oyster fishery, too, it’s no surprise the folks here pay public tribute to the oyster. They do. Twice a year. The annual Damariscotta Oyster Celebration, in early summer, includes tastings, tours of oyster farms, a chef-of-the-year competition and, yes, a race between people with knives, over who can shuck the most oysters. In autumn, there’s the annual Pemaquid Oyster Festival, which includes food, displays, music and, you guessed it, another oyster-shucking competition.

Damariscotta, and its “twin village” of Newcastle, are separated by a bridge and the Damariscotta River. Their close connection to each other and the sea is obvious. Both villages are full of grand mansions, public buildings and historic businesses, many of which were constructed during the towns’ boom years in shipping and shipbuilding. Wander the towns and stop by the Lincoln Theater, built in 1875; two locations of the Renys Department Store, a 17-store Maine dynasty; Skidompha Secondhand Book Shop, with over 20,000 volumes, which helps support the local library; and St. Patrick’s Church, built in 1807 and the oldest Roman Catholic church in New England.

The region also gets together to support another local marine delicacy – the alewife. These small fish – members of the herring family – arrive each year from the sea to spawn. The annual spring Damariscotta Mills Alewife Festival is both fun and a fund-raiser for the area’s 200+ year-old fish ladder, which helps the alewives reach their local spawning grounds.

If you’re hankering for some water time, glide on down the Damariscotta River with Damariscotta River Cruises. If you’d prefer to travel under your own power, consider renting a kayak or taking lessons from Midcoast Kayak. For something completely different, drop by in autumn for the annual Damariscotta Pumpkinfest and Regatta, a highlight of which involves races between boats carved out of giant pumpkins. In the harbor. In October. Yes, really.

If you want to stay on dry land, consider a hike in one of the preserves or on one of the trails of the Damariscotta River Association.

Where to Stay in Damariscotta

If you’re searching for a place to stay in the Damariscotta area, consider the Oak Gables B&B, the Newcastle Inn Bed & Breakfast, The Tipsy Butler Bed & Breakfast, the Down Easter Inn and these suggestions. Scroll down the list of regional businesses below for more ideas.

Looking for a restaurant in Damariscotta and the region? Consider King Eider's Pub and Restaurant, the Shuck Station, Samovar Tea Shop & Tasting Room, the Newcastle Publick House, the Damariscotta River Grill, Schooner Landing and these other suggestions. You might also stop by Oxbow Brewing Company’s farmhouse brewery in Newcastle.

Also scroll down the list of regional businesses below.

Monhegan Island
This gray, granite light serves Monhegan Island, known for its art and traditional fishing communities. Located about 10 miles from the...

Two Bush Island
Built in 1897, this light marks a well-trafficked sea lane to Penobscot Bay. It was automated in 1964. Six years later, the Coast Guard...

Exploring Brunswick's Food Scene
An afternoon stopover in this Maine foodie town We started with a glass of wine at Enoteca Athena, a Greek and Italian inspired restaurant...
63
Loading...
[6 of 63]
Show More ▼
You Might Like

A Sweet Start
Performing customized wedding ceremonies for couples getting married in Maine who want a warm, personalized and heartfelt wedding. A Sweet...

Pemaquid Point Lighthouse Park
Commissioned by John Quincy Adams in 1827, this Maine lighthouse has the Fisherman’s Museum on the first floor in the Keepers House, and...