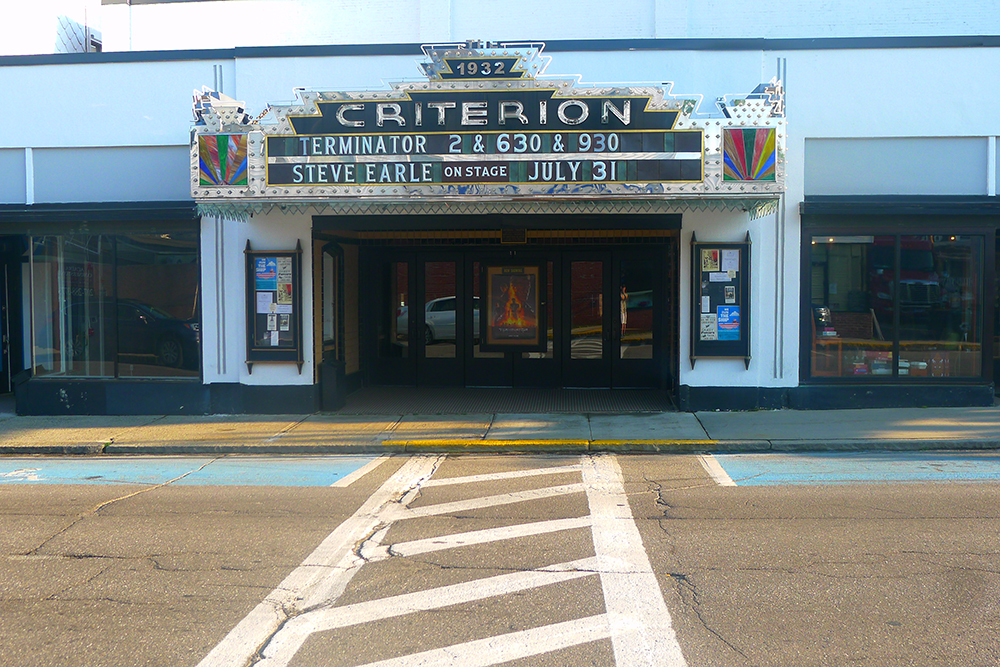 In Maine’s historic cinemas, you can enjoy a show before the movie even starts.

Maine’s movie palaces were once works of art in themselves. Today, many retain the finery and filigree common during the grander days of cinema splendor.

Belfast’s Colonial Theatre is plenty snazzy, with its brightly painted façade (including a full-sized statue of an elephant). The first Colonial opened in 1912 – on the day the Titanic sailed. That theater shared the Titanic’s luck, burning down in 1923. The Colonial’s replacement, opened in 1924, stands today.

George McKay got out of federal prison for bootlegging and decided to try his luck at cinema management. In 1932, he founded Bar Harbor’s Criterion Theatre. Today, the art-deco theater is restored and vibrant.

Ellsworth’s Grand Theater opened in 1938, a few years after a fire devastated much of the downtown. Over the decades, the theater has hosted everything from ‘Bambi’ to boxing. It continues to be a multi-use theater.

The first Leavitt Theatre opened in Sanford. After a fire, the Leavitt family picked up and moved to Ogunquit and built the second Leavitt Fine Arts Theatre. It’s been there since 1924, opening with silent films and now, thanks to community fundraising, blessed with digital technology.

Rockland’s Strand Theatre was opened by local businessman Joseph Dondis in 1923. It sported terracotta tile walls, an organist’s loft and a nifty vertical sign out front with the word “S-T-R-A-N-D” outlined with light bulbs. Today, it’s the lone survivor of Rockland’s three downtown movie houses. The renovated cinema sports much of its original look and character.

One of Maine’s oldest cinemas is also one of the farthest north. The Temple Cinema, on Houlton’s Market Square, opened in 1919. Despite being modernized, it retains its original lobby lighting fixtures, interior stained glass and wood work.

The Strand Theatre
The historic Strand Theatre, located in downtown Rockland, has been entertaining Midcoast audiences since 1923. Independently owned and...

Celebrate a special birthday at The Captain Swift Inn! Arrive and find a bottle of wine in your room; with a small bouquet of birthday balloons (a mylar and three latex) and a birthday cake for two! $45